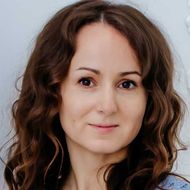 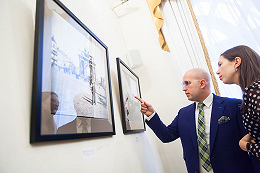 The conference brought together experts in various fields – philosophy, cultural studies, history of photography and art.

Associate Professor Andrew Haas gave a lecture entitled, “Four Theses on Photography”. Haas argued that, first, the origin of photography is improvisation; but improvisation does not mean simply “free play” or following desire, inspiration, God or the gods, etc.--rather, as the Greeks knew, improvisation means self-schematization.Second, Haas showed that, as a kind of “light-writing,” photography does not simply illuminate because it writes with light; it writes with light because it is illuminating--and yet illumination is not simply lighting up, switching on, nor opening up to catch what is lit, nor merely representing what is present (to the eye or mind, real or not), nor just seeing and capturing that which is already in the light, or noticing and bringing to light (and so to presence) that which is in darkness; rather, illuminating is a way of being implicated in the illuminated. Third, Haas demonstrated that what is illuminated in the photograph is neither present nor absent (unlike in representation, where the represented comes to presence—out of absence—presents itself as itself or as another): we can no longer think of the relation of photograph to photographed as that of copy to original, representation to object, sign to referent; on the contrary, what is illuminated by photography is what is only implied, an implication; which is why that which photography implies, the implication it cannot just illuminate, remains a problem.Finally, Haas argued that the end of photography is problematizing how to take up the task of illuminating that which the photograph implies: on the one hand, the problem could be translated into the language of necessity (the photograph must illuminate something, even if it is only implied); on the other hand, it might be translated into a language of possibility (the photograph only illuminates what is possibly implied)--but there is a third, namely, the illumination of implication as problematic, and photography as the problematization of illumination, which might mean the problematization of photography itself.

January 14, 2015
About
School of Philosophy
About persons 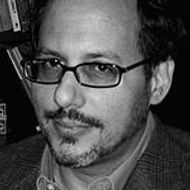